The Samsung Galaxy S22 Ultra is a huge, powerful, and premium Android smartphone. It’s incredibly versatile, perfect for day-to-day work, handwritten notes, and gaming. It has a big screen for casual web browsing. The cameras are a clear highlight, with the Space Zoom capabilities.

The Galaxy S22 Ultra is surely the successor to the company’s massive, stylus-equipped Galaxy Note Series phones. The new device will go on sale in India on February 25 for Rs. 1,09,999. It has the Galaxy Note’s uniqueness, such as the S Pen. The Phone contains an S pen within Itself. It also contains the same features as the Note and Ultra, such as a larger screen and a more powerful camera.

The Samsung Galaxy S22 Ultra has a massive 6.8-inch display with a hole-punch cutout in the center at the top. The top and bottom bezels on this display are absolutely small. Its sides follow the curvature of the metal structure, giving this phone a premium feel. The Galaxy S22 Ultra weighs 228g and has a considerable weight in the hand. However, Samsung has evenly distributed the weight, which helps in one-handed use.

The Samsung Galaxy S22 Ultra includes a quad-camera arrangement on the back. The Camera bump is not looking like the Galaxy S22 or Galaxy S21 Ultra. The individual camera lenses extend from the body, giving the back a more minimalist feel. Except for a Samsung logo, the remainder of the rear panel is entirely flat and simple. The phone’s bottom features the S Pen stashed away in its own compartment, a USB Type-C connector, a speaker, and the SIM tray. The top of the frame is a microphone.

The Samsung Galaxy S22 Ultra and S Pen are dust and water-resistant, with an IP68 rating. The phone also boasts powerful stereo speakers that support Dolby Atmos. The Galaxy S22 Ultra comes with a 5,000mAh battery from Samsung. It has the same storage capacity as last year’s Galaxy S21 Ultra. The Galaxy S22 Ultra can operate at a maximum power of 45W. The charger is not present in the box; simply a USB Type-C to Type-C connection.

The Galaxy S22 Ultra has One UI 4.1. The One UI 4.1 is based on Android 12. For the Galaxy S22 series, Samsung guarantees four years of OS upgrades and five years of security patches, which should keep it current for a long time. Many Android 12 features are present in S22 Ultra such as privacy indicators that alert you when your camera or microphone is being used. It contains a clipboard access indicator, which must be enabled. The permission manager displays a comprehensive list of apps that have accessed your location and other sensors on your smartphone.

Samsung includes a function called ‘Game booster,’ which allows you to block distractions when gaming. I saw a performance option called ‘Auto manage,’ which promised to reduce performance when temperatures increase too high. The S Pen can also be used to control the phone’s cameras. It lets you choose between multiple sensors and shooting modes, as well as snap pictures. When surfing websites, you may hover the tip of the S Pen over hyperlinks to load previews of the pages they go to.

In the AnTuTu benchmark, the phone got 8,51,648 points, which was lower than the scores of the Motorola Edge 30 Pro and the iQoo 9 Pro. In Geekbench 5’s single-core and multi-core tests, the phone scored 1,231 and 3,313 points respectively. The Galaxy S22 Ultra did well in graphical benchmarks. Completing 3DMark’s Sling Shot test suite. This is among the top performers out there.

Real-world gaming performance was decent, and I was able to play Asphalt 9: Legends at full-HD+ resolution and the ‘High Quality’ setting without any problems.   At full-HD+ resolution, I played Call of Duty: Mobile with the graphic settings set to ‘Very High’ and the frame rate set to ‘Max.’ The Galaxy S22 Ultra looked impressive at these settings, but after approximately 20 minutes of gameplay, I noted a 6% loss in battery life and the phone was somewhat warm to the touch. If you play for an extended period of time, you will notice that the upper part of the phone becomes heated.

The battery life of the Samsung Galaxy S22 Ultra was excellent for my usage. It easily lasted a day and a half. However, I did notice a faster drop in battery life after gaming or using the camera. The phone lasted 16 hours and 21 minutes in our HD video loop test before shutting down, which is a commendable time. 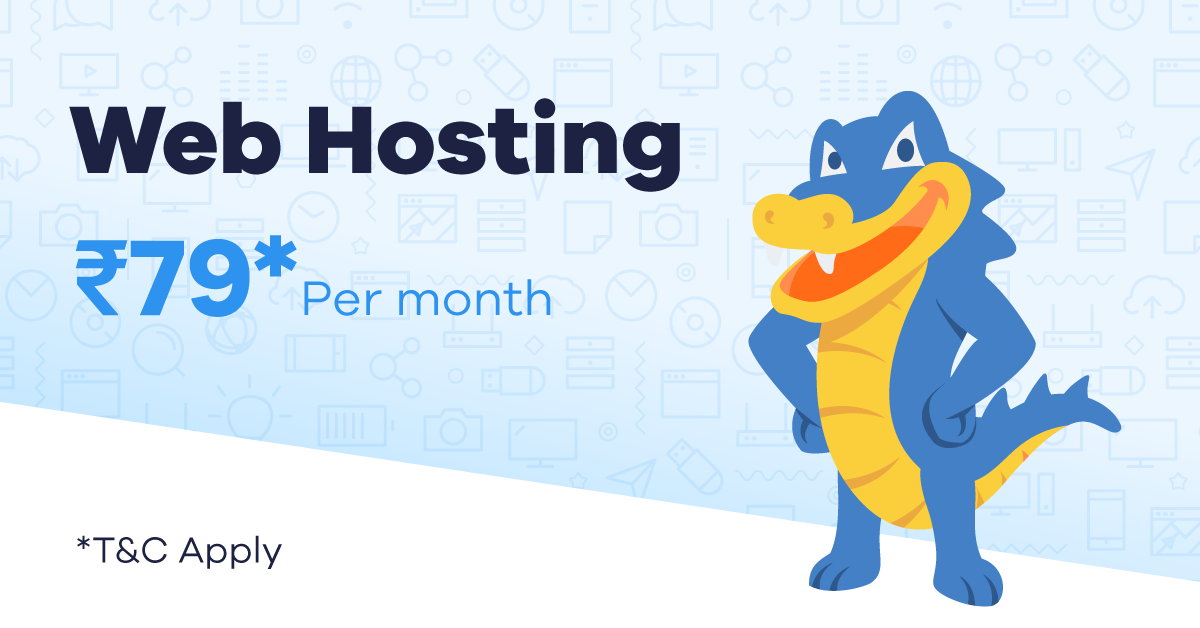 In comparison to its predecessor, Samsung hasn’t changed anything about the camera configuration on the Galaxy S22 Ultra. They promise to have increased low-light capabilities, which is promoted as “Nightography.” The Galaxy S22 Ultra comes with a flexible quad-camera setup that includes a 108-megapixel main camera that stores nano-binned photographs by default, resulting in 12-megapixel saved files. A 12-megapixel ultra-wide-angle camera with a 120-degree field of view. The other two cameras have 10-megapixel sensors and 3X and 10X periscope-style optical zoom lenses, respectively. The phone offers a 40-megapixel front-facing camera for taking selfies.

The 100X ‘Space Zoom’ feature, originally seen on the Galaxy S20 Ultra, continues. Framing a shot at greater zoom levels is much easier today, and the Galaxy S21 Ultra has the same approach. When you go beyond 20X, a secondary viewfinder appears with a 20X picture of the area and crosshairs to help guide you to your object.

In addition to the 3X and 10X optical zoom levels of the two telephoto cameras, the camera app has hard stops of 2X, 4X, 30X, and 100X. Image quality is quite high at optical zoom settings, however, it degrades when the phone adopts hybrid zoom beyond that. Objects shot at 100X were recognizable but not of the highest quality.

The primary camera’s daytime photos have a very high dynamic range. The autofocus was fast, and the colors were accurate. Switching to the ultra-wide-angle camera did not result in a notable change in color tone. It did result in a minor loss of detail, which was visible after magnifying images.

The close-ups came out quite well, with great clarity. To assist take extreme close-ups or macro shots, Samsung features a focus enhancer tool that instantly shifts to the ultra-wide-angle camera. The Galaxy S22 Ultra defaults to the 3X telephoto camera for portraits, but you can switch back to the regular camera if you require a wider view. Portrait mode images exhibited outstanding edge detection and vivid colors.

Low-light photos taken with the Samsung Galaxy S22 Ultra were excellent enough to be posted on social media without the use of Night mode. However, continuing to look closer, I observed some noise in the darker corners in poor light situations, which may be reduced by using Night mode. The telephoto cameras can be used in low-light situations, however, the color accuracy is a little off. In Night mode, you can only utilize 10X zoom and the phone will only use the primary or 10X telephoto cameras.

Selfies captured with the 40-megapixel camera were pixel-binned to 10-megapixels and turned out excellent in both daytime and low light. The primary camera’s video recording resolution peaked at 8K 24fps, although the frame is substantially cropped at this level to stabilize the footage. While the selfie camera is capable of recording 4K 60fps videos. The videos were quite detailed, with superb stability and realistic colors in both daytime and low light.

In India, Samsung has always chosen its in-house Exynos SoCs for the Galaxy S series, but that has changed this time. The Qualcomm Snapdragon 8 Gen SoC powers the Samsung Galaxy S22 Ultra, which is presently the most powerful SoC available in an Android smartphone. Storage upgrade isn’t possible, although the standard storage is more than enough for most users.

The massive 6.8-inch AMOLED display has a Quad-HD+ resolution and an optimum refresh rate of 120Hz. The max brightness of this panel is 1750 nits and it is HDR10+ certified. The lower part has an ultrasonic fingerprint scanner. For scratch resistance, Samsung has employed Corning Gorilla Glass Victus+ on the front and back of this phone. The Galaxy S22 Ultra supports a variety of wireless connectivity standards, including Bluetooth 5.2, Wi-Fi 6, Ultra-wideband (UWB), NFC, 5G, and 4G VoLTE. The SIM tray may hold two physical nano-SIMs or one physical SIM plus an eSIM.

There is no microSD slot.

The Samsung Galaxy S22 Ultra is a large, powerful, and visually appealing Android phone. It’s extremely versatile, suitable for important work, handwritten notes, gaming, and casual big-screen web surfing, and also the cameras are an obvious standout, with the Space Zoom capabilities carrying you to infinity and beyond. Overall It’s a good choice to buy.