Rage 2 is a first-person open-world shooter game infused with the DNA of iD Software’s Doom and Avalanche Studios’ Mad Max. Set in the year 2165 (30 years after the first game), players take control of the lone survivor Ranger Walker, who must cross the apocalyptic wasteland to build alliances with three survivor leaders in order to defeat the cruel military known as the Authority.

The warmongering General Cross leads the rebel forces after ostensibly being murdered at the end of the previous game, reappearing in a new robotic body eager to unleash his legion of mutants and slaughter those who resist him – you know, the typical bad guy motto.

The ensemble of characters encountered in the completely single-player adventure is fascinating throughout, each with their own little narrative but never overstaying their welcome. Neil Ross’s portrayal of Dr. Kvasir, in particular, is both amusing and disturbing. It would have been nice to see more of Walker’s best friend Lily Prowley, who appears very briefly after her remarkable entrance. When opposed to Walker’s one-note conduct and casual approach to every circumstance, I’d be lying if I said there wasn’t a part of us that wanted Lily to play the lead.

Zaniness turned up to 11

The world itself is home to a strange cast of miscreants that wouldn’t seem out of place in games like Fallout or Far Cry. However, for many of these lunatics, the craziness has been dialed up to 11, which is amazing since each meeting seems new and even crazier than the last. It’s just a shame that these gatherings are unlikely to occur outside of select towns and nearby zones.

After being devastated by asteroid 99942 Apophis in the year 2029, civilization has begun to reconstruct itself. The regions are divided into six areas, each with a different take on the post-apocalyptic theme. Expect swamp-like Sekreto Wetlands and jungle-inspired Wilds, which help break up the vast expanses of desert and sweeping canyons.

Wasteland in name, wasteland in nature. Yes, the terrain is highly baron at times, and vehicles are required if players want to reach anywhere in a reasonable amount of time. Thankfully, this is where Rage shines, as its combination of gunplay and a slew of beefed-up vehicles results in some of the smoothest and most spectacular fighting available.

Walker is given the Phoenix, the main assault vehicle of the Vineland rangers when he is sent out into the barren world. Along with the RPG upgrading mechanisms, the four-by-four comes with its own cheeky satnav, making every excursion into a Knight Rider episode. What more could you ask for?

Having said that, once the gyrocopter (known as Icarus) is unlocked, any other mode of transportation feels less appealing. Competitive races were an unexpected heart-pounding thrill that might have come from a MotorStorm game if not for a few tweaks.

None of the other weapons felt as satisfying as the Combat Shotgun. Increasing the power of this mutant killing machine allowed it to wreak havoc on anybody stupid enough to stand in its way. Before jumping into Overdrive, racking up combinations became a simple, temporarily transforming Walker into an unbeatable army of one. We’re grateful for the lessons learned from id Software’s Doom, which were clearly a large part of the mechanics.

Walker can obtain access to Nanotrites, thereby granting him/her superpowers, in addition to the huge array of weaponry. All of these can be discovered in Arks scattered around the globe. From super speed to kinetic blasts to vortexes, each is unique while never providing the player with an unfair edge.

Because combat favors anarchy rather than the common ‘shooting and diving for cover’ strategy seen in many shooters, Slam and Shatter provide the most oomph. Another skill worth investing in is Defibrillation, which allows players to resurrect after death for a second chance at the action. It’s also convenient not to have to repeatedly return to checkpoints.

If users stay to the story, rolling rewards will take about 12 hours. We possessed 10 of the 11 Nanotrites but only four of the weaponry at this time. One of them was the Smart Rocket Launcher, which made boss encounters simple by defaulting to a higher difficulty setting to keep things interesting. Those who want a good challenge will enjoy the Nightmare mode, which pushes the player’s abilities to the utmost maximum.

Apart from collecting all of the remaining power-ups and weaponry, there’s little to keep gamers coming back once the main plot is completed. Nearly 20 hours in, and the side activities, which are effectively fetched quests with killing, have grown really repetitive. The tale is somewhat guilty of this as well, but it changes the dynamic enough to keep us interested. Walker, amusingly, made mention of the similarities of his missions in a talk with Dr. Kvasir, implying that the devs are fully aware.

Music comes in dribs and drabs, creating an impression with rock riffs in vehicle combat pursuits or shooting sprees, although it mostly remains in the woods’ backdrop. The Danny Dyer commentary voice pack deserves special note; we’re not sure if it’s absurd or wonderful – definitely the latter.

There are a few small issues that need to be addressed as well. Fast travel is only available in three Trade Towns, and players must be standing right next to a vehicle to use it. The UI is clunky, and the camera may occasionally become highly disorienting (vehicles suffer the most from this), serving as a caution to those who suffer from motion sickness. None of these were present throughout the playthrough, but they are worth mentioning.

Nonetheless, this does not detract from Rage 2’s entertaining and good experience. It’s also proof that having no knowledge of the original game works in the favour of the sequels. Every new Nanotrite presented shakes up the battle, and every new weapon adds another dose of tremendous action that lasts all the way to the end. All of this combined to make crushing the teeth of every raging Wastelander a lot of fun.

It’s a great game. The fighting and playability are the highlights of this game. The main campaign is a little short, but it’s still a good length. It takes roughly 12 hours to complete (similar to Doom), but there are several side missions and races to perform, which can extend the game’s length to 40 hours if you complete them all. I’ve put in 30 hours so far and am having a great time with the battle. As of far, I haven’t found it to be tedious because the gunplay and battle are addicting and chaotic fun. I’d just want to point you that the narrative and characters are both lackluster, so don’t expect much from it. You appreciate this game because of its playability. 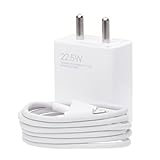 (6)
₹999.00 ₹649.00 (as of June 25, 2022 00:51 GMT +00:00 - More infoProduct prices and availability are accurate as of the date/time indicated and are subject to change. Any price and availability information displayed on [relevant Amazon Site(s), as applicable] at the time of purchase will apply to the purchase of this product.) 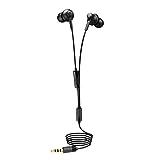 ₹999.00 ₹499.00 (as of June 25, 2022 00:51 GMT +00:00 - More infoProduct prices and availability are accurate as of the date/time indicated and are subject to change. Any price and availability information displayed on [relevant Amazon Site(s), as applicable] at the time of purchase will apply to the purchase of this product.) 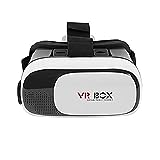 (2)
₹1,499.00 ₹799.00 (as of June 25, 2022 00:51 GMT +00:00 - More infoProduct prices and availability are accurate as of the date/time indicated and are subject to change. Any price and availability information displayed on [relevant Amazon Site(s), as applicable] at the time of purchase will apply to the purchase of this product.)

(1)
₹2.00 (as of June 25, 2022 00:51 GMT +00:00 - More infoProduct prices and availability are accurate as of the date/time indicated and are subject to change. Any price and availability information displayed on [relevant Amazon Site(s), as applicable] at the time of purchase will apply to the purchase of this product.) 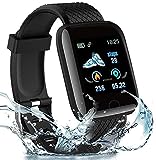 (42)
₹999.00 ₹499.00 (as of June 25, 2022 00:51 GMT +00:00 - More infoProduct prices and availability are accurate as of the date/time indicated and are subject to change. Any price and availability information displayed on [relevant Amazon Site(s), as applicable] at the time of purchase will apply to the purchase of this product.) 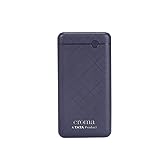 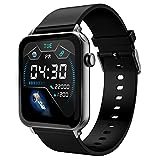 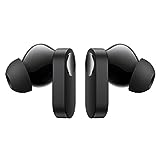 The Technology behind a Fantasy Sports apps | User Sports Fantasy 11